REVIEW: The King is Dead. 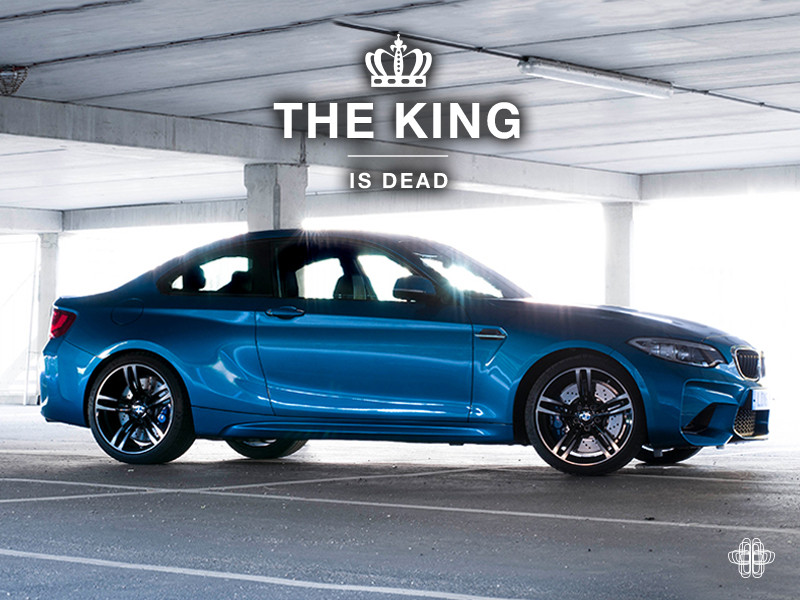 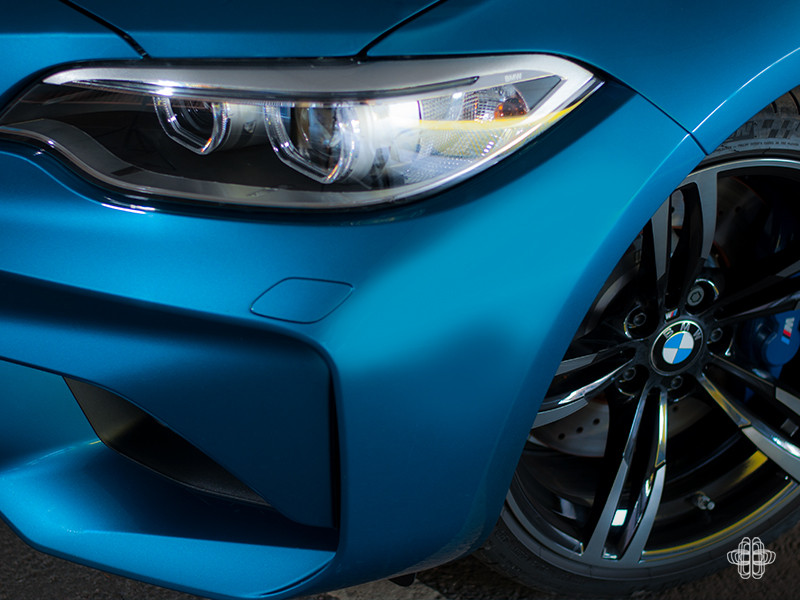 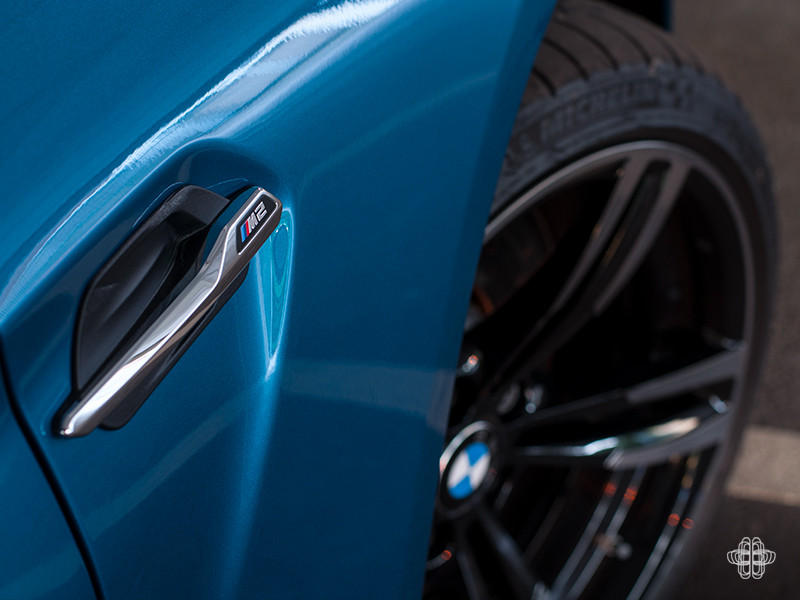 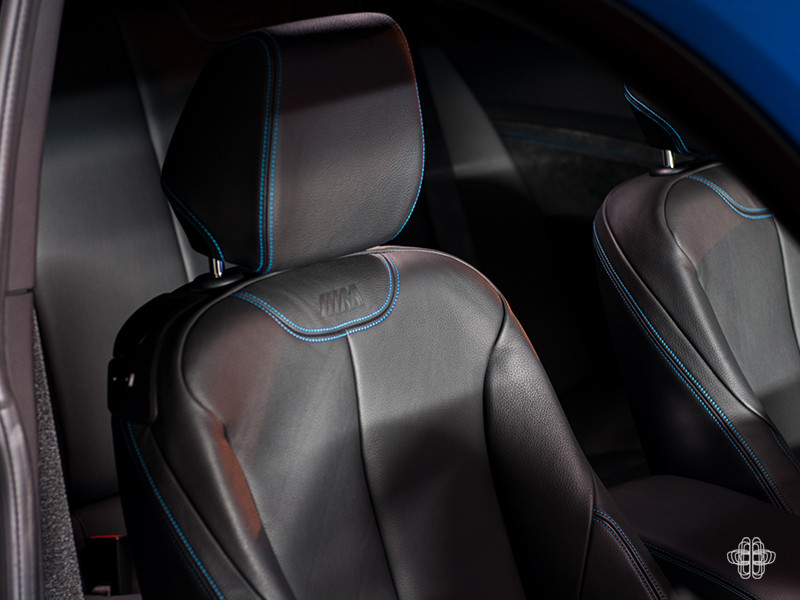 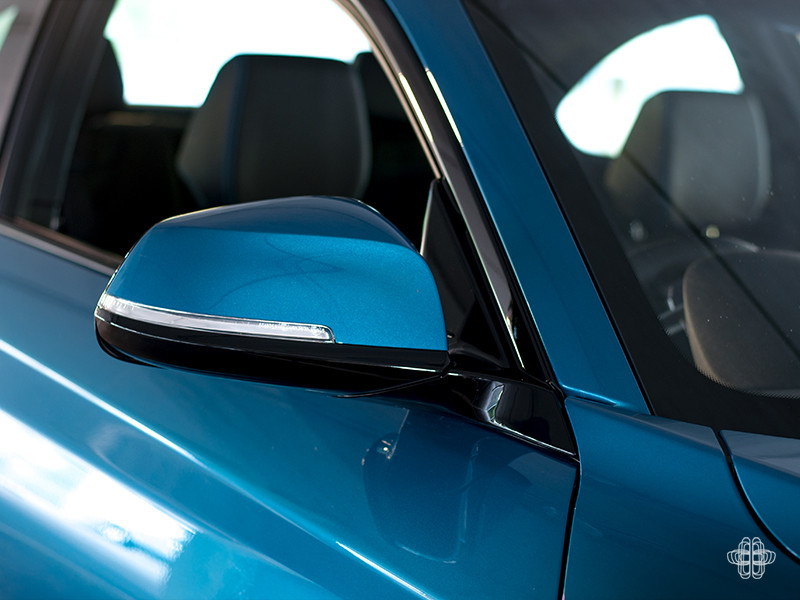 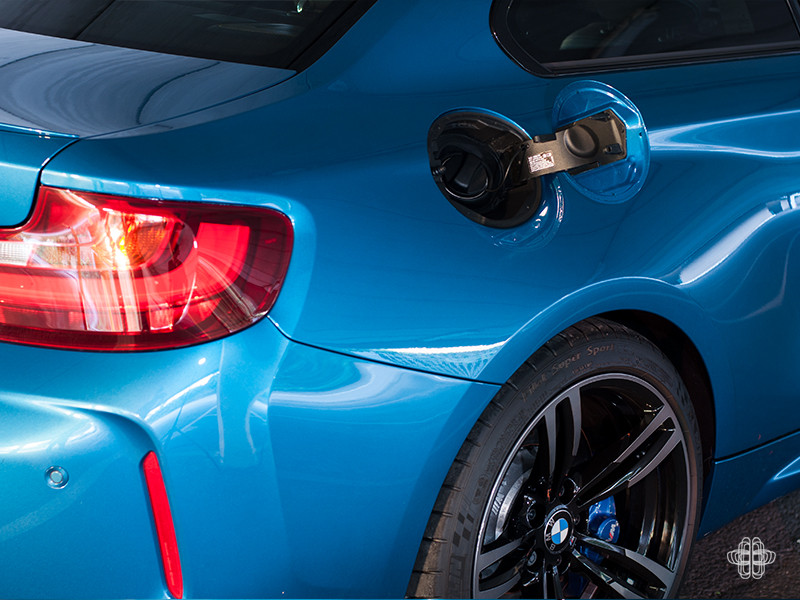 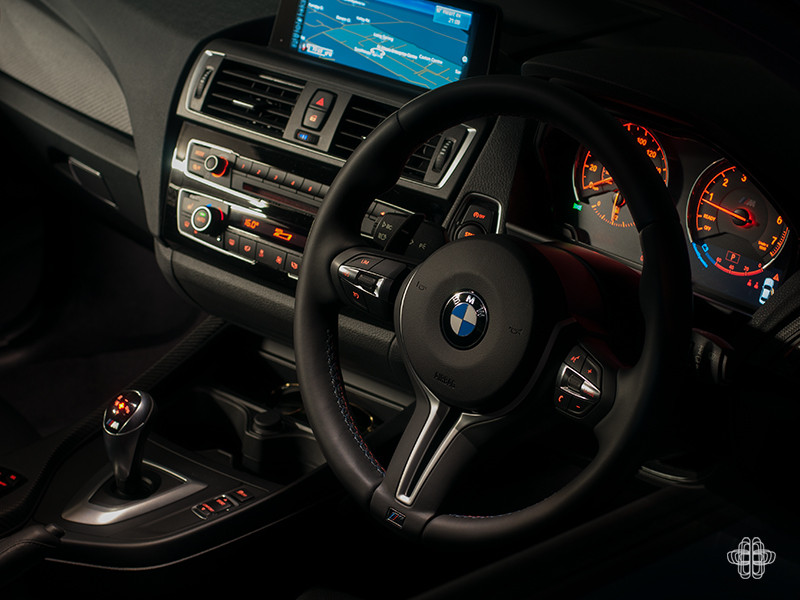 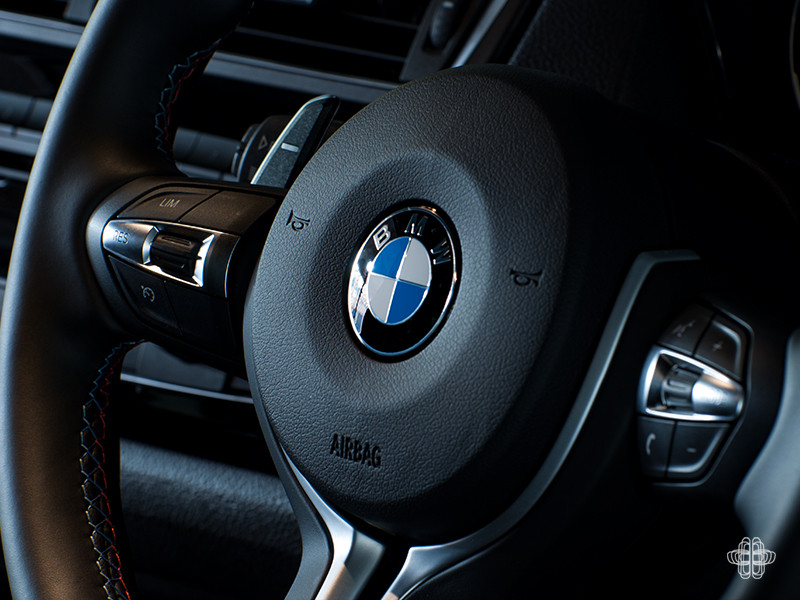 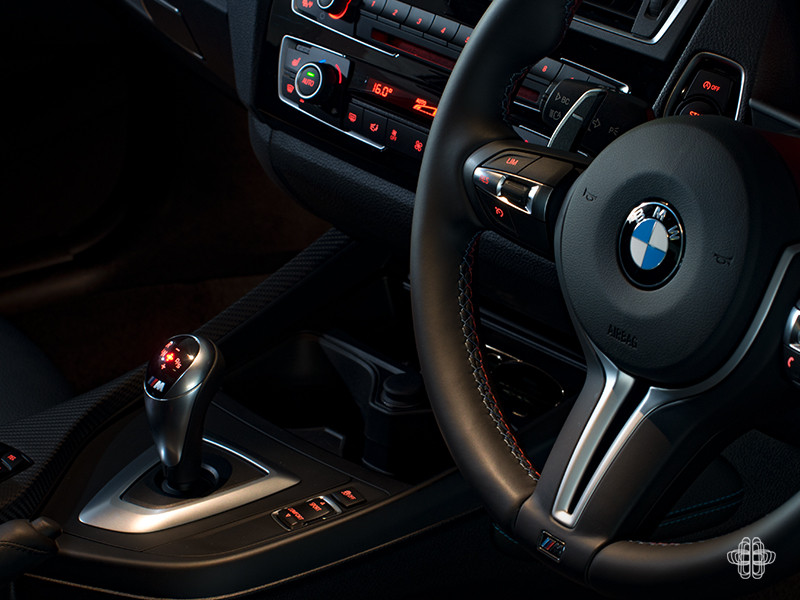 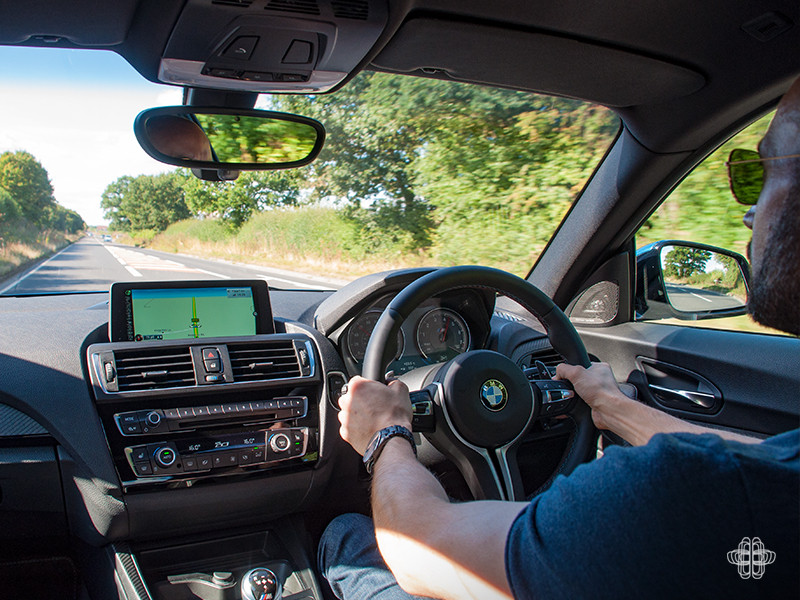 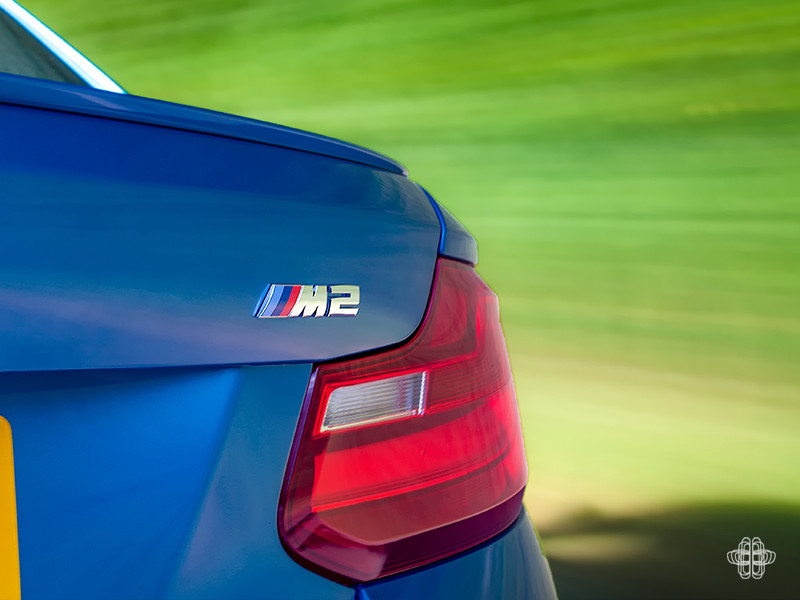 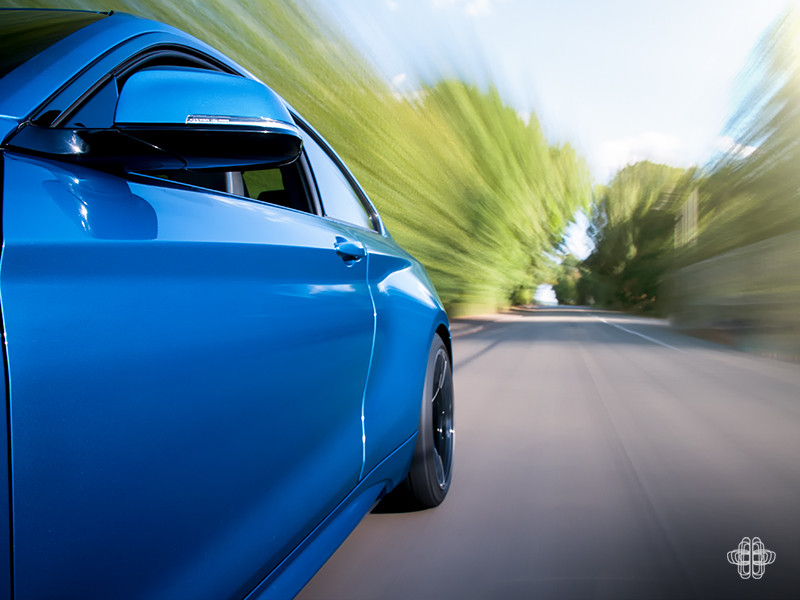 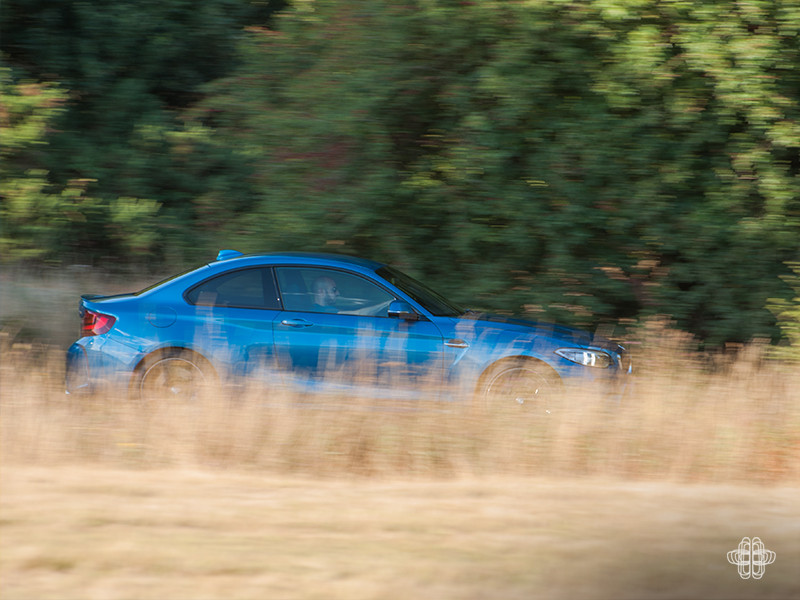 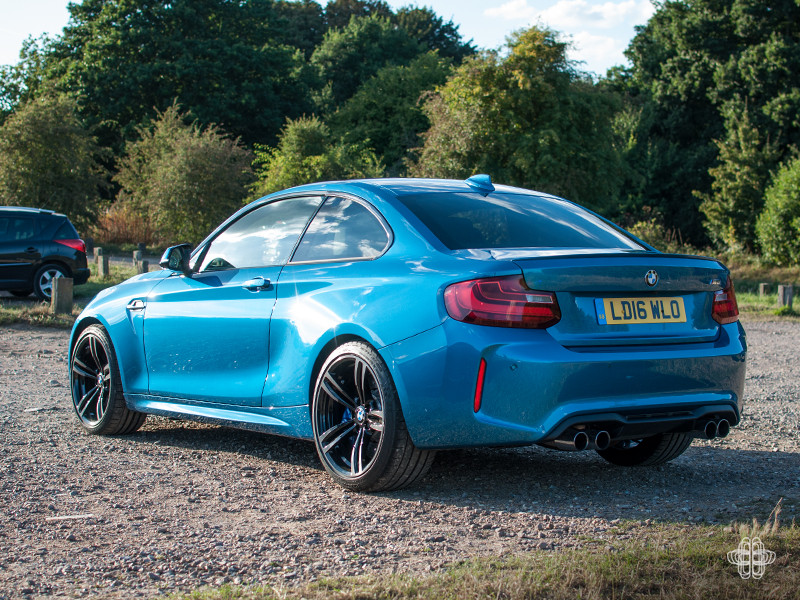 A manual, Sapphire Black coupe. Or in other words, The King. “Would I like to test an M2?” Well, yes. And there’s me desperately hoping for the The King. What turns up? A Long Beach Blue M-DCT – a car less likely to blend in than Slavica Ecclestone at a convention for short people.

However, these are small, petty first-world-problems. There was something more pressing to think about: “What the hell I am going to write about?” The M2, in the hands of the world’s leading car critics, has dominated every pixel on our devices since its launch.

Fortunately, I soon discovered that there’s actually a fair amount of real-world and enthusiast-based stuff that hasn’t been covered hugely.

Let’s start with the seats. Like in the 1M, apparently the M Sport spec will suffice. Don’t get me wrong, they’re hugely comfortable, but they look like I built them in third year CDT. Then there are the enormous, slap-you-in-the-face wing mirrors from the M235i. I guess Hussein Al-Attar didn’t fancy sculpting bespoke items, or even bolting the M4’s on for a quick win – can you tell that I’m not buying his “better aerodynamics” quote? This is the first time since the E36 M3 that an M Car hasn’t felt the mirror design love. Error. Then there’s the fuel filler cap, or should I say crater. Are you kidding, BMW? You could fit a 1M in there!

You won’t find an oil temperature gauge either. You have to guess when it’s playtime – and this is a very expensive toy to be playing guesswork with. But do you know what takes the biscuit? You know the magic little M button on the steering wheel? The one that makes you feel eleventeen again? Well it’s missing! Gone. Vanished. It’s been replaced with the standard center console mounted; Comfort, Sport or Sport+. I mean, what the hell is this? Presumably it’s still in Hussein’s sketchbook or more likely in the trash of a clever marketer. Along with the seats, mirrors, correct fuel filler cap, oil gauge, and oh – I forgot one, an illuminated gear knob in the manual. #MIA

OK, so perhaps I’m being overly picky but it’s a collection of the little big things that make a great M car, right? At least I thought it did…

Sat behind the wheel and experiencing what you do get, my gripes with the first world problems seem to evaporate. For example, you can see people’s eyes widen when they spot it. It’s the same feeling you get when spotting one for yourself in traffic. Watching someone’s jaw drop when you pull up at the lights is a quick reminder of how special this car really is. That split second you spot a sliver of a bulbous blue wing. “Wow, an M2?!” It’s the sort of reaction very few cars can extract from people.

Once warmed through and marching on you begin to feel capable. Totally in control. Safe. Like you could outmaneuver anything or stop on a six pence. No additional suspension mods needed here – she corners like a house fly! And the brakes, the brakes bite hard and breed instant confidence. She defies her weight, too. So much so that this part of the experience actually feels a little virtual reality. Until you drop in to that inevitable pot hole of course. The M2 makes you feel lucky, and the feeling starts to manifest itself the second you open the door.

The next thing that grabs your attention is the exhaust. She pops and splutters neatly but not excessively. Surging through the spades of low down torque and jumping off the gas creates the most satisfying back splutter. This alone will instantly turn you back into a boy racer!

Let’s cover residuals now. BMW are doing their marketing thang and slowly releasing cars to keep demand up. Annoying huh. Production isn’t limited, nor is it mass-produced. BMW are saying the M2 will be a batch-produced car and that we can expect numbers to be around the 2,000 mark. Despite this there is a positive lens here, if you’ve bought one or are buying one soon you’ll likely realise about 18-months of deprecation-less motoring. Nice. The thorn however, is if/when will a Competition Package arrive? If the rumor mill is to be believed, a lightweight version could be on the cards, too. Personally, I’m not convinced that there’s an a-la CSL on the way but, with it being, BMWs centenary year you can bet they have a few more surprises up their sleeves. My point here is that something’s holding me back from rushing out and buying one. I think it’s the above marketing approach – I’d be pissed if they launched the comp pack let alone a CSL! Howerever, let me frame this the realistic way, if I could afford it would I buy one? ...and the simple answer is yes!

Back to the elephant in the car – this isn’t a manual. But as the test days wore on I warmed to it. Or more importantly I learnt how to extract the best from it. No matter how much artificial intelligence BMW have pumped into her the default ‘Comfort’ mode will never beat human intuition. You forever want power sooner or for it to change up quicker. But once you discover this you’ll quickly move onto Sport. Sport and manual mode, a match made in heaven.

I may have picked her up wanting a traditional Sapphire Black manual but the test came to a close with me in a real predicament. My conclusion? Embrace the imminent autonomous driving and take a phased approach via DCT. The latest incarnation really is that good. And you can finally forget Black – LBB is where it's at!

The King is Dead, Long Live The King.

P.S. Yes, I forgot to test out the Smokey Burnout function **facepalm** @ParkLane – can you send her back, please?

A special thank you to BMW Park Lane for the loan.