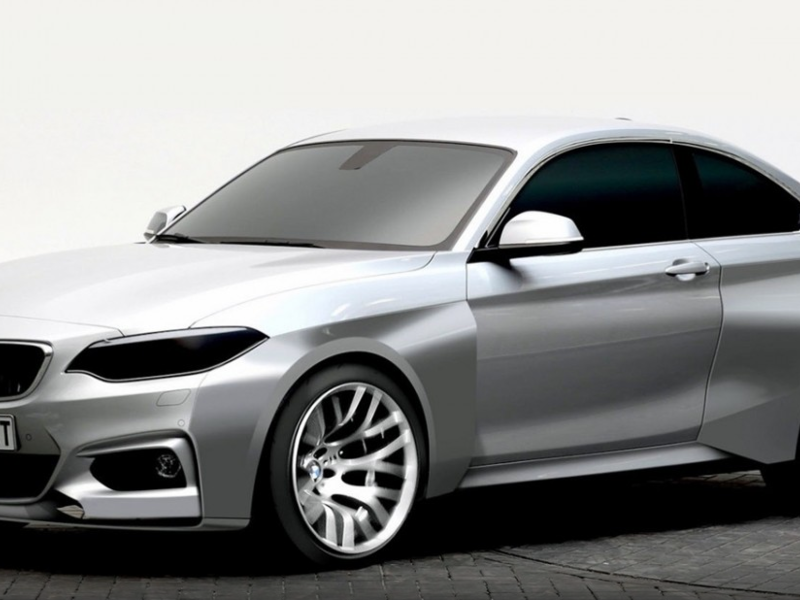 The new 2 series BMW is already shaping up to be a popular addition to the Bavarian manufacturer’s line-up, but the 2014 BMW M235i Racing looks to be the perfect meaty addition to perk up our ears. The car will be available as a stripped down, turn-key racer ready to compete and available for privateer teams to run on the Nürburgring in the VLN Endurance Championship, and will replace the M3 GT4 as BMW’s entry-level race car.

The body design has been aerodynamically optimised: the first thing to notice is the obviously increased track of the car thanks to those widened front and rear arches – the extra 3.5 inches helping to fit some no doubt wider wheels and tyres on – but there are also slightly more aggressive front and rear bumpers, and a diffuser to boot. The twin-turbo 3.0-litre straight six receives a mild power boost, from 322hp to 333hp, while an FIA-approved roll cage, limited slip diff and race-spec fuel tank make this into a competent racer for any teams looking for a new car. Assuming things go well on the Green Hell, expect to see the car being rolled out to race teams around the globe.

Obviously this is a render, and as such shouldn’t be taken as the ultimate finished article but could this be a hint at what we’ll see from the BMW M2? Only time will tell…